Hobbs Professor of Cognition and Education at the Harvard Graduate School of Education Howard Gardner speaks to VESAL.

His message came after he was approached to be invited for a keynote speaker at the upcoming 10th anniversary  2019 VESAL conference. Below is his message;

[su_box title=”Howard Gardner’s Message” box_color=”#d20230″]For most Americans, Iraq is a far off country which the United States has not understood. I hope that American misadventures in Iraq are at an end. It is much better if nations can cooperate on issues that are important around the world– and education is high on the list for the 21st century. We can learn from one another– what works well, what has not worked– and we can learn from research, and that research is more reliable if it is carried out across cultures. I am pleased that you are holding a major conference on educational possibilities and I hope that your conference succeeds in clarifying important issues and in pointing the way forward.[/su_box] 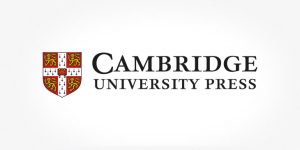 Get in Touch with VESAL